LINK theatre exists to create opportunities for artists and audiences in London and surrounding area to explore, play and grow through the mediums of music and theatre.

We are a collective theatre company with a mandate to nurture local talent, both on stage and behind the scenes. We aim to provide opportunities for local and out of town professionals to work with community members to enhance the landscape of theatre in London and surrounding area. We provide opportunities for both artists and audiences alike to be part of high quality theatrical/musical productions without having to leave the city of London. Our mandate has grown to include touring, therefore, LINKing our community to others...

We are located at a variety of theatre and unique spaces in and around the city of London...

Thank you Rick Kish and the talented cast of a really Retro Crooner Christmas, for bringing your show to Sydenham and starting the season off in style. A FABULOUS show..."!!

"There are NO WORDS to describe how thrilled I was to share in the event at Saucy Jack's Friday night! The amount of energy and effort that your troupe put into that event is beyond words! It was so exciting to see how dedicated every single one of you were in being Space Vixens and I was blown away by the amount the entire event raised! I'm writing to thank you, personally, for all you did to make that evening a success! As I said, words are not adequate enough to express my thanks and sincere appreciation for your part in it all! Please convey my/our thanks to all the people involved!

Many blessings and love to you all"!

"So damn good. This show should run for weeks. I talked to a guy in line last night who said he had a friend who went three nights in a row last week."

A Patron, as he left

Saucy Jack and the Space Vixens

"I just saw the amazing 'Saucy Jack and the Space Vixens'!! It is a fabulous celebration of life, of human bodies, sensuality, gliz, glamour, magical illusions, spectacular lighting and special effects. Every element was utilized to its maximum. The singing, dancing, acting, choreography, direction, the lyrics, the score and the book were exhilarating.a wonderful bagattelle. A golden bonbon, sheer delight.
Many thanks to all involved. I loved it and could happily see it every nite for the rest of my life!!
That's what theater's all about".

Saucy Jack and the Space Vixens

FAN ART inspired by our opening night performance of Saucy Jack and the Space Vixens... 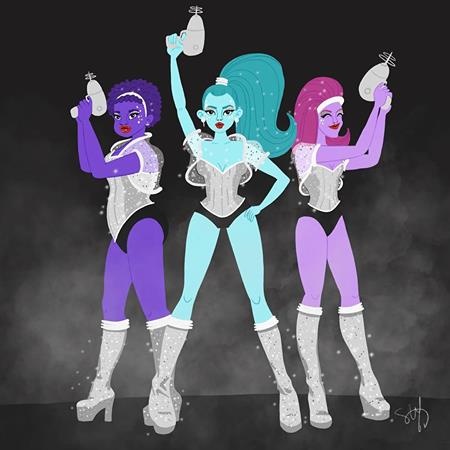 Rick & Denise celebrated the songs of Frank & Ella this past November.
This time, they're going to sing their favourites in this super chill, cool space for great music and eats!!
6:30 - 9:30
Reservations recommended
519-672-0111
NO COVER
CALL For ReservationCALL For Reservation From Sinatra to Buble and a whole lot in between, The Crooner Show celebrates songs made famous by some of the greatest crooners of all time. Two hours of hit after hit, great stories, and swingin’ tunes. Join us as we return to the 50’s and 60’s in a high energy, surprise filled, trip down memory lane.
Click below to purchase tickets or to call the box-office...

MESSAGE Below FROM PSFT

The Province of Ontario has ordered a closure of non-essential businesses to aid in the fight against the Coronavirus.  As a result, the box office will be closed until the order has been lifted.

Due to the uncertainty of the pandemic and our concern for our patrons, volunteers, artists and staff the Port Stanley Festival Theatre has decided to postpone the first two shows of our season: “The Crooner Show” and “A Legal Alien”.

If you have tickets to the above-mentioned performances be assured that we will contact you as soon as the situation allows.

If you have any questions please email the Theatre Manager, Natasha Newby at natasha@psft.ca.  She will do her best to respond in a timely manner.

We appreciate your patience and support at this time and promise to keep you informed as we continue to make decisions based on the changing conditions and on Public Health recommendations.

We look forward to seeing you all again when conditions are approved for a safe return to programming.

Be Safe and Stay Well". 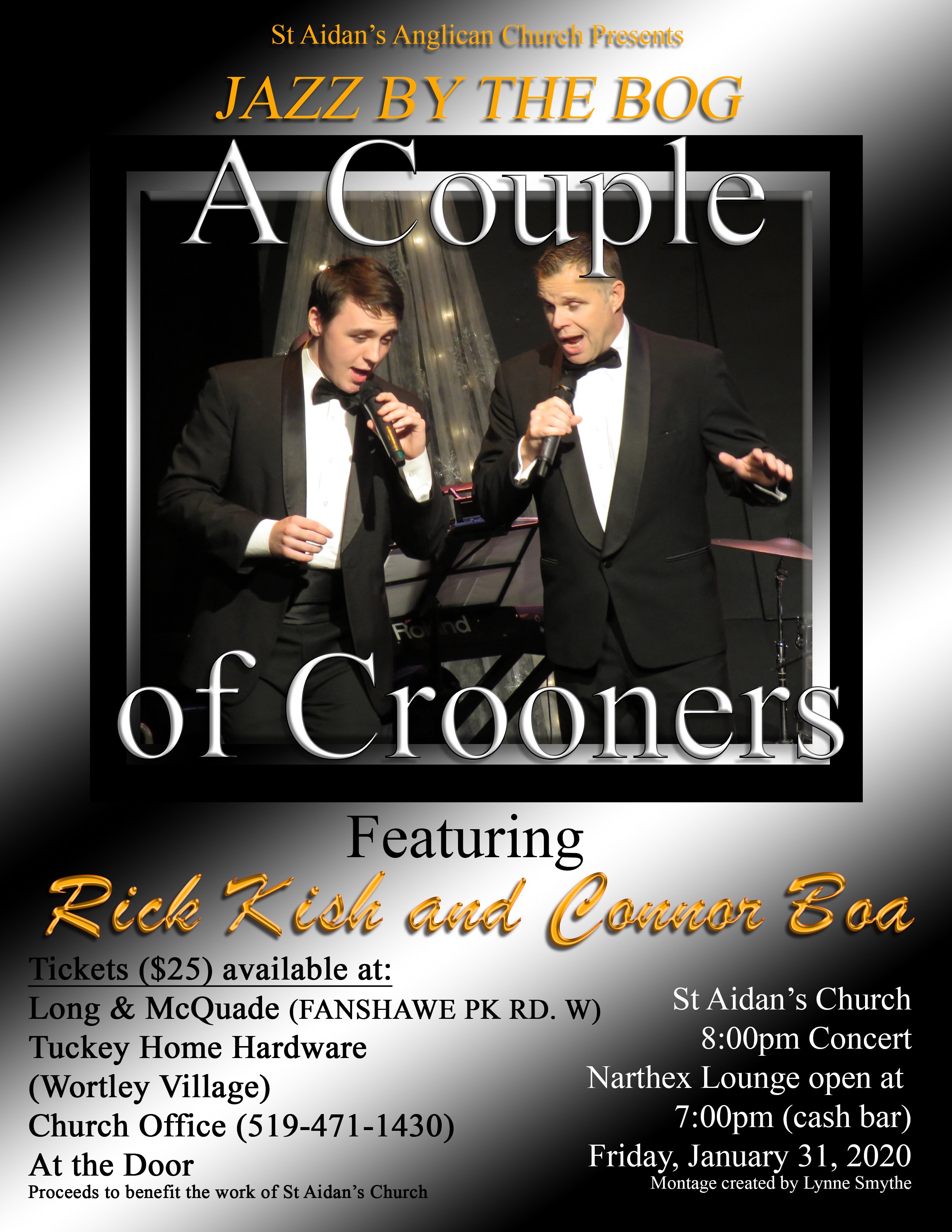 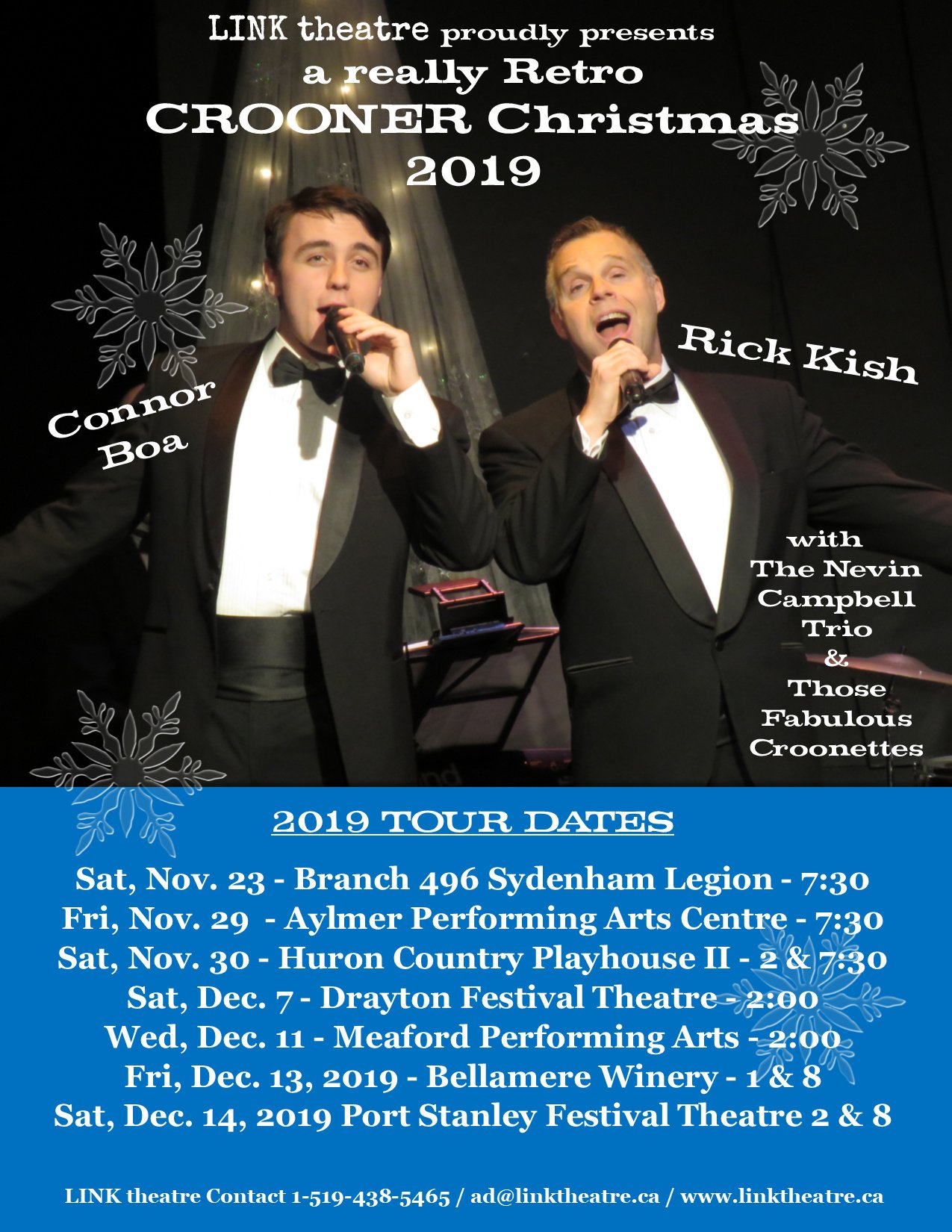 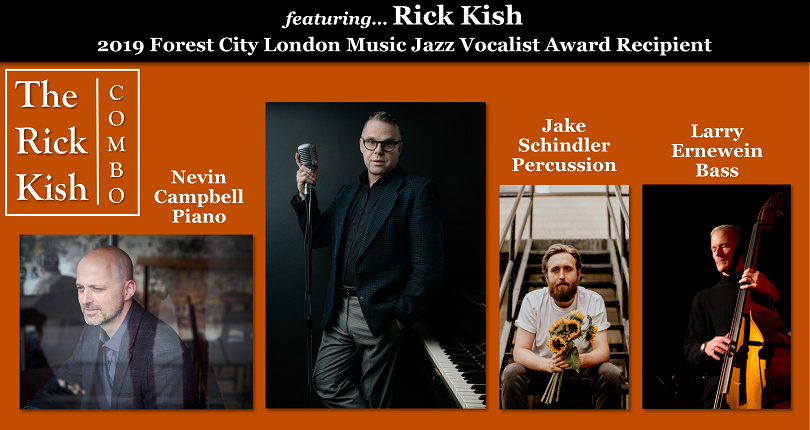 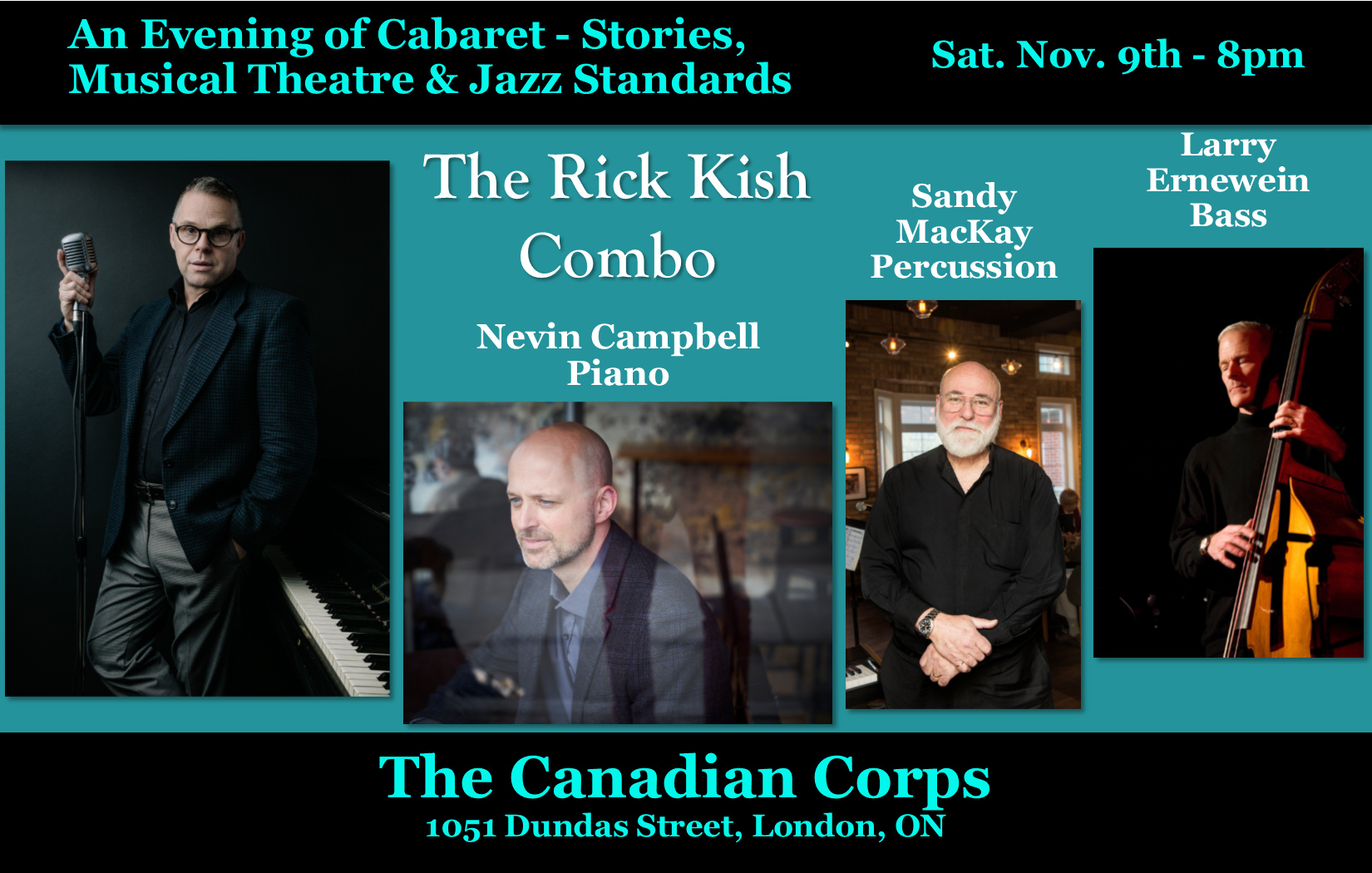 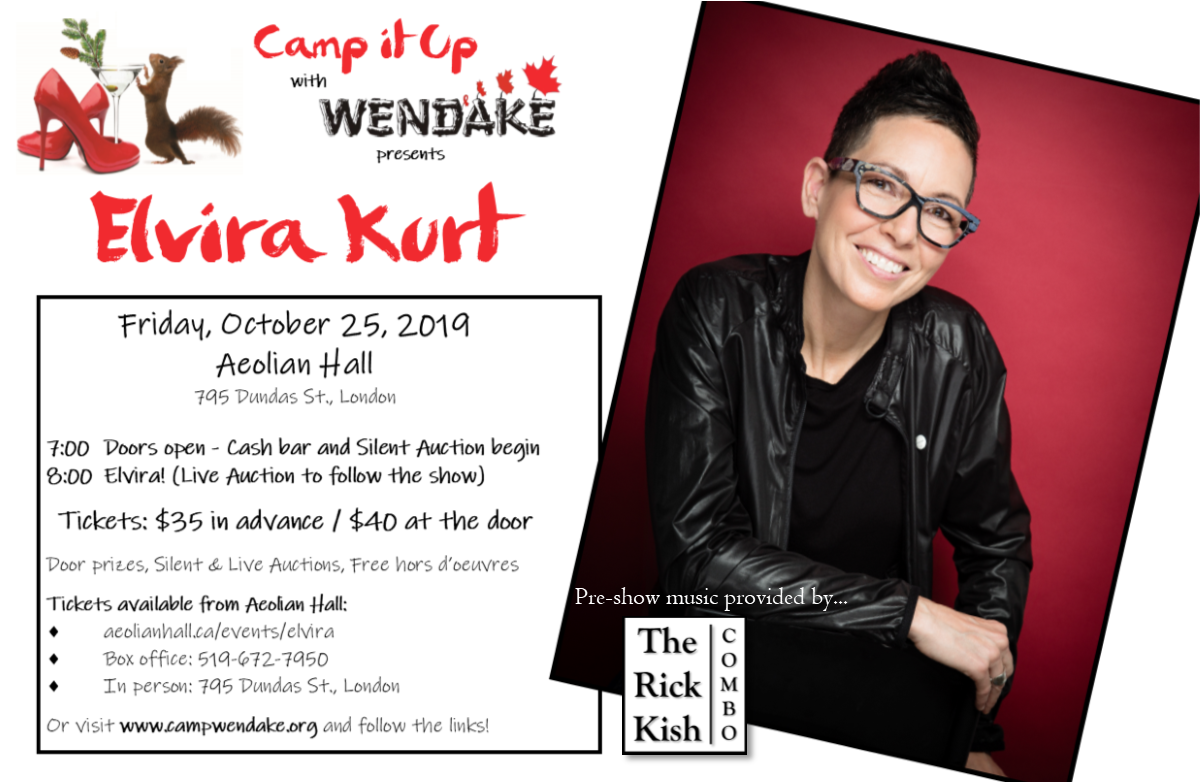 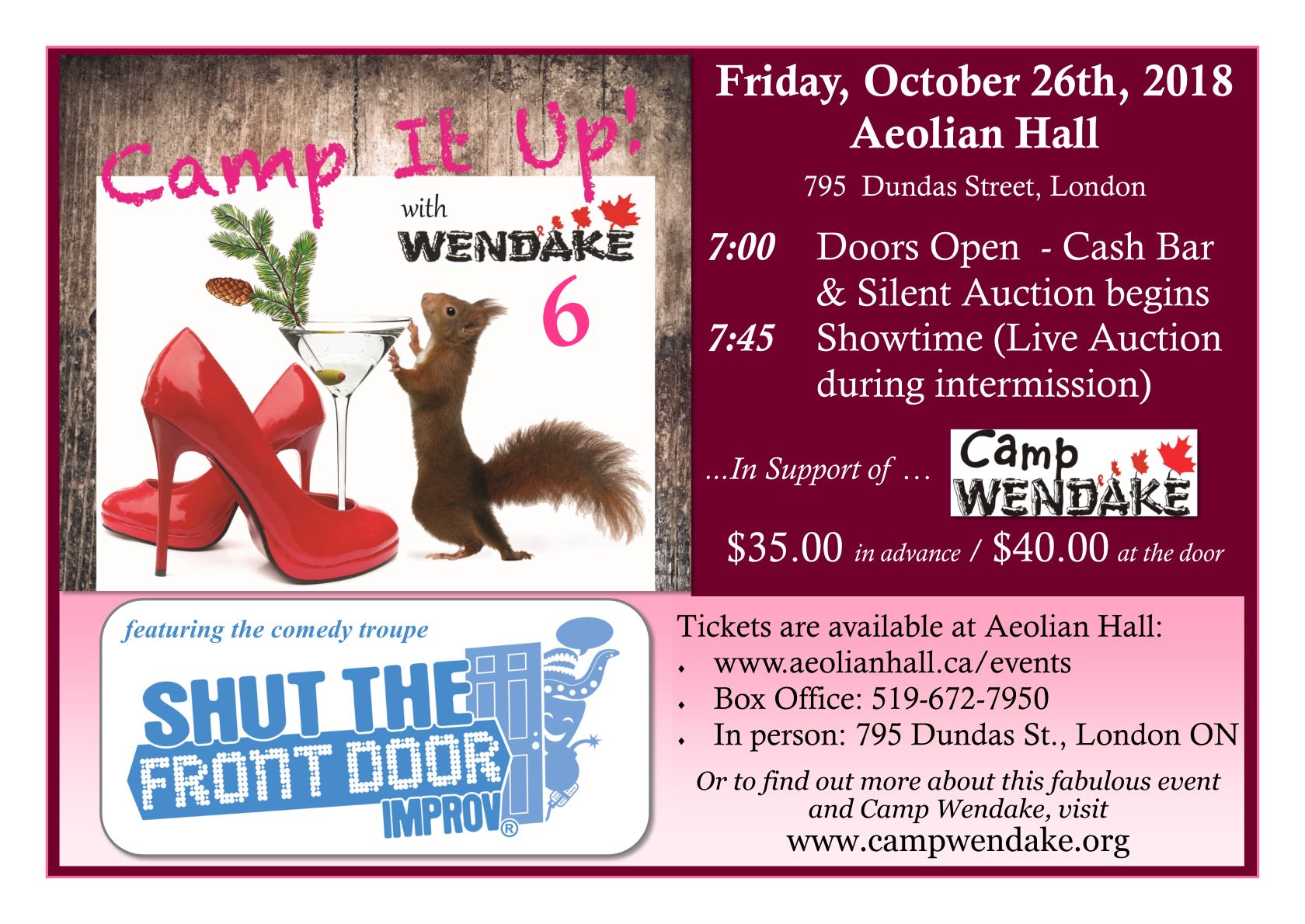 Saucy Jack and the Space Vixens 2018

in the TABU Lounge under Jack's on Richmond

What People are Saying...

"A fabulous night of disco, glitter boots and the Space Vixens! Thank you all, the cast and crew for such a fun evening"!  -  S. Fritz-Szabo

Saucy Jack and the Space Vixens 2017

Murder, disco, glamour and glitz wrapped with a funky original score to create an ecstatic night of fun. Energetic, funny and wildly camp, with sparkling one-liners and excellent, funky music! - THE SCOTSMAN,"The Rocky Horror show for the Millennium" - The Daily Mail

Get your glitter boots on - they may just save your life!

This production was presented in the Tabu Nightclub, below Jack's Nightclub on Richmond Street in Downtown London. This show brings together Crooners Rick Kish & Connor Boa, those fabulous Croonettes and the Nevin Campbell Trio for an afternoon/evening of swingin' tunes. We take you on a journey back the those 50’s/60’s Dean Martin, Frank Sinatra style Christmas Specials. With lot’s of surprises, the show features 2 hours of popular standards of the era as well as a whole lotta Christmas Music. Each year Rick looks forward to this production and its various incarnations. He’s shared the stage with so many wonderful and talented people from the London and surrounding area over the years. It’s always and adventure and one that he’s so happy people seem to embrace again and again.

The Christmas shows have been called by many, “the kickoff for the holiday season”,  & “such a feel good two hours, I can’t stop singing. I’m ready for the holidays…”.

For further information please do not hesitate to contact Rick directly at 519-438-5465 (during regular business hours) / ad@linktheatre.ca Click HERE for more details... 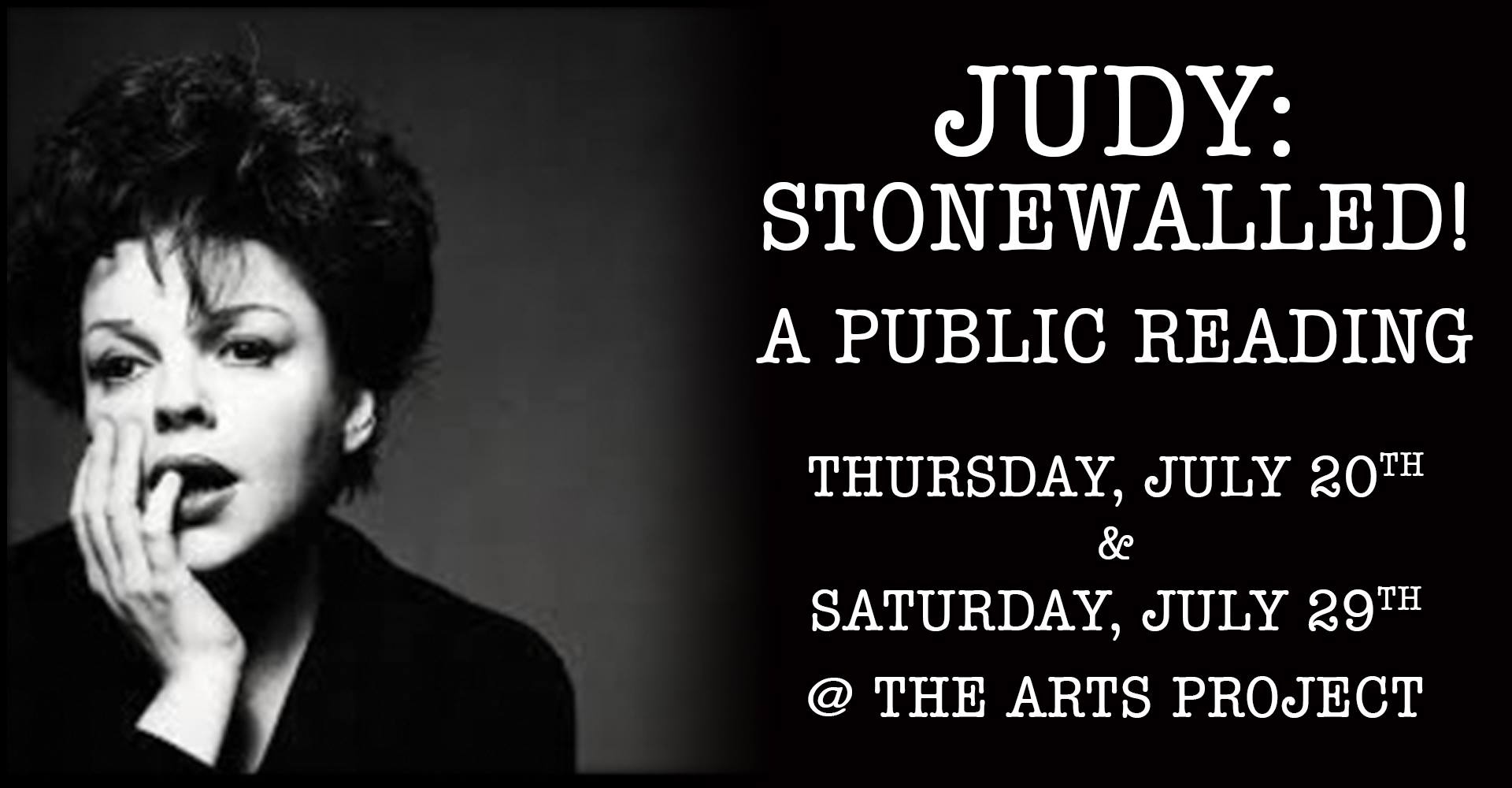 We invited you to be part of the further development of this exciting script JUDY: Stonewalled!. As we move toward the 50th Anniversary (June 2019) of the Stonewall uprising and the Death of Judy Garland, we wanted to share this unique story with as many people as possible. Thank you for being part of this exciting process.

The Public readings of this NEWLY expanded script with new music and orchestrations happened at the Arts Project during Pride London 2017. We asked you to show up, watch the performance and share your thoughts with us afterwards, and you did!

“On June 22, 1969 Judy Garland dies at age 47. In the early morning hours of June 28, a community fights back. These two worlds collide in this NEWLY Expanded fictional theatrical production with music. The play takes place at a tribute show to Judy Garland in a little cabaret bar just down the street from the Stonewall Inn. The action happens as the infamous riots break out... JUDY: Stonewalled! is a glimpse into what it meant to be gay before ‘Stonewall’ and those critical moments where decisions are made that can change, everything!”

EMCEE - Campy and dressed stylistically. He is the biggest Judy Garland fan.

TIKI - Young, irrepressible, dressed flamboyantly and provocatively in drag. She is the voice that isn’t so downtrodden and self-hating. Very kinetic and always moving and using her hands when talking. She should be self-aware in how she presents herself, with an element of self-mocking quality. There should appear to be more going on with her than what we see.
STEVE - Straight looking and acting. He is very much in the closet and it’s not directly revealed that he is homosexual, because he is not the kind of person who would admit that, perhaps not even to himself.
CHRISTOPHER - In his 30s. Thoughtful and intelligent and geeky. He is lonely not just because he’s an awkward gay man, but because he is so serious.
BRAD - a transgendered man. He is confident but puts on bit of a show of being happy, except for occasional revealing moments.
JUDY GARLAND - Impersonator, but giving the impression to the audience that she could be truly Judy on stage.

...of the original London Fringe script - "Profound and gorgeous and moving" - Jeff Culbert  - The London Yodeller We take you on a journey back the those 50’s/60’s Dean Martin, Frank Sinatra style Christmas Specials. With lot’s of surprises, the show features 2 hours of popular standards of the era as well as a whole lotta Christmas Music.

Each year Rick looks forward to this production and its various incarnations. He’s shared the stage with so many wonderful and talented people from the London and surrounding area over the years. It’s always and adventure and one that he’s so happy people seem to embrace again and again. The Christmas shows have been called by many, “the kickoff for the holiday season”,  & “such a feel good two hours, I can’t stop singing. I’m ready for the holidays…”.

For further information please do not hesitate to contact Rick directly at 519-438-5465 (during regular business hours) / ad@linktheatre.ca Click HERE for more details...